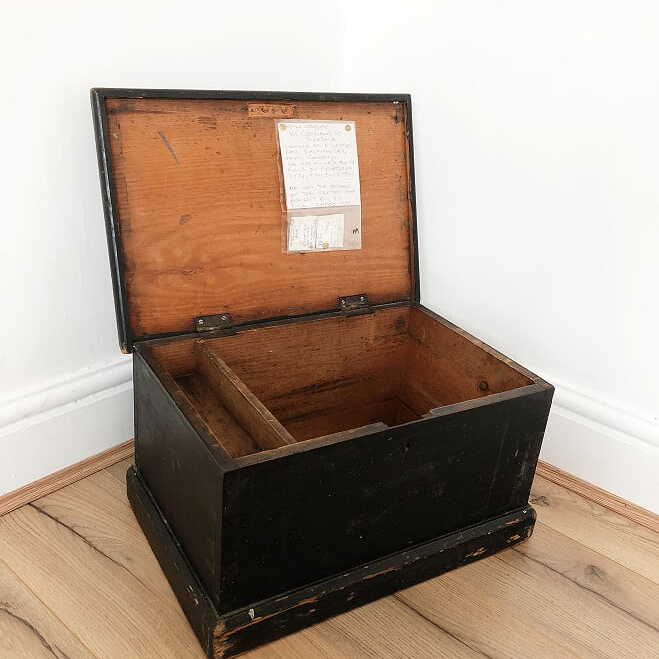 Ever heard of a “Ditty Box”? No? Me neither, until I recently acquired one!

Collins English Dictionary describes it as;
“noun: Nautical A sailor’s box for personal belongings or tools”

So it’s basically a small box to carry handy items in like pencils, paper, sewing needles & thread and small tools.

It has a sad but interesting story pinned to the inside.
It reads thus: “Stan Taylor, 31 Croyland Street, Kirkdale. Worked as a Cartier for Backhouses Feed Company. He was killed by a bomb on firwatching duty, May blitz 1941.

“He was the owner of the Carters box bought by Vic from CAFOD 1999” (for those who don’t know, CAFOD is the Catholic international aid agency and they help people in need in 165 countries throughout the world).

Underneath, another piece of paper reads: Carters Ditty Box Painted in Tar for waterproofing. 1890 – 1905 Driver sat on it and kept gear in it.”

I love the idea that old artefacts like this have really interesting stories to tell.

Come back again to read more about another of our interesting items.